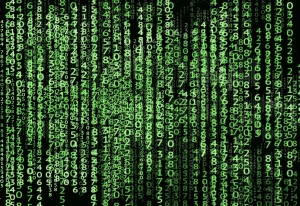 Have you ever wondered if this is all there is? If the life you are living right now, is the right way? Did you think outside the box and see new opportunities? Maybe lift the barriers and see what other things you can accomplish?

This post is something else from my other posts. It’s not technical, but more related to life in general and how I personally started exploring and basically enriched my life with so much more than just work, money and distractions during the past two years.

I’ve been working in IT for about 14 years now. I’ll spare you the long story, but basically, I started in IT when I was 16, fixing printers and PC’s and moved my way up through different roles as a service engineer, server administrator, virtualization engineer, consultant, architect and finally went freelance.

During this time, I challenged myself a lot! I loved challenges, difficult troubleshooting cases and escalations. I spent so much time at home in leisure time, playing around with my homelab, installing Windows, ESXi, Linux and migrating back and forth between them. Just to gain knowledge, experience.

I got good at what I was doing, and I enjoyed it. And, it paid really well. So basically, my hobby turned out to be one of the best investments I’ve ever made.

My enjoyment in my career peaked when I was able to join VMware. I still remember I had the feeling of doubt; whether I was “good enough” to join them. Well, they asked me, so it must be so! After joining them I really felt like coming home. It felt as an achievement to me and I was proud of it!

During this period of nearly 3 years, I had been traveling all over Europe and did amazing projects. Hotels, restaurants, everything was taken care of. And the salary was also something I never expected to have any time in my life.

During weekdays I was usually abroad and in the weekend, I was back home in the Netherlands. Being social, meeting with friends, going out partying, attending festivals and usually drinking.

On Sunday I would be resting, having a breather from the Fridays and Saturdays. And on Monday I would be fresh again, heading to the airport onto a new week of work.

This basically was what my life was about at that point in time. And I was enjoying it a lot! And while I’m writing this, I think this is a very dull way of living. I guess it brought me to where I am right now.

While this was going well, she mentioned that she really needed to get out of the Netherlands for a while. Escape from all the hustle and stressful way of living.

I didn’t know what she meant. So, I decided to tag along a few weeks after her, to Peru. I stayed there for one month. I never took a holiday this long, because I was used to 25 days of holiday a year and usually spent just a week here and there. So, it was pretty exciting for me to spend so many days at once!

The place we went, Pisaq, is a small hippie village near the Sacred Valley. It is said that it’s one of the locations on earth that has a higher energetic vibration. Basically making you feel better and more alive. It has enormous mountains, snow in the distance and untouched nature. It’s unbelievable to explain by text so I guess you just need to get your own taste of it some time.

What this place basically did for me, was to go really deep into myself. I didn’t drink any alcohol. I did dive deep into the “medicine community” here. I attended three Ayahuasca ceremonies, received three Kambo servings and spent some days working with Waichuma, or San Pedro cactus.

This journey showed me there’s so much more than just work! It basically started my internal engine that questions things. And stopped the automatic pilot.

Why do I think or do this and that, who are the important people in my life, how can I find and do the things I love in life? Very important questions to ask!

This place also showed me how disconnected people are back home. I mean, sometimes hippies, spiritual people, open people or whatever to call these people can get a little bit “floaty”. But most are very honest and open. Instead of shaking each other’s hands, you give each other a hug! Very strange in the beginning but as I was getting more used to it, it felt so much more real than a handshake.

Housing and utilities in Pisaq are basic, really basic. We were lucky to have a warm shower powered by an electrical unit that warmed up the water just enough to call it warm. Heating was only possible through a gas heater and there wasn’t a fridge. Isolation of the house did not exist and power outages where happening all of the time.

Before, this would sound like hell to me. But I experienced this in a way where I could see that we’re all very spoiled back home. I love comfort, but do you really need it to live? No. Of course not.

I mean, I still enjoy a hot shower and a nice bed at home. But all my electronic gadgets, micro wave, dish washer, stuff, stuff and more stuff – it’s not necessary!

Even the fridge is not necessary. There’s a market in Pisaq that sells the most delicious vegetables and fruits on the planet. All fresh, and not marketed through supermarkets at home. You can’t keep your food in the fridge, so you need to get it fresh and eat it fresh. Sounds logical right?

During my time in Peru I experienced so many things, I can keep going on more, but I guess you can see what I mean. It really showed me other ways of living and enriched my view on life itself.

A new beginning at home

Returning back home from Peru caused a bit of a shock. I was seeing so many people running around, with their phones and laptops. All looking very stressed and on their way to something important.

This view never crossed my eye once while being in Peru. And it’s something that can’t be unseen, as I still notice it while being in any major city.

Returning to my job at VMware, I could still feel everything I experienced and made me realize that I needed more freedom. A way of freedom that did not fit while being a VMware employee (or any employee basically) so I decided to go freelance. Being a “freelancer” was something that interested me from about my 18th, but every 3 years when I wanted to, I switched roles to a different company.

Being at VMware, traveling to customer sites by myself and most of the times running projects on my own, I decided that now, I was ready.

I worked one more month at VMware after returning from Peru and then started my first freelance project with Lemontree. I was welcomed like one of their own employees and felt energized, inspired and ready to rumble!

It was a new environment, new people and a different way of working. This is something that everyone should chase; something that’s new! At least challenge yourself and prevent yourself from entering a hibernation where every day feels like the same, making hours, earning money and playing on repeat.

Paid Time Off, PTO, that’s something I was used to for 12 years.

25 days per year. So, you have to spend them wisely!

I started experimenting taking days off in the same month I started my first project. And it felt as a relieve! Because there was no longer a limit. However, it did feel wrong for some reason. It felt bad to take this freedom, because it wasn’t “normal”. Other people are working and I’m taking time off, that’s unfair right?

It’s unfair to take away your own chances I would say. That you have certain possibilities, doesn’t mean you need to neglect them because others don’t have them. It’s your life and you don’t need to take any responsibility for other people.

This was in 2017. I took days off, tried to work on myself as I started with in Peru, personal development, did some more Ayahuasca ceremonies and really, really tried to wind down from the stressful life that’s so usual nowadays.

In 2018, the travel and personal development bug really bit me hard! To summarize;

I have been working less than I was traveling and working on myself. Something that I never would’ve been able to while being an employee.

Of course, besides freedom, you need money to spend and being self-employed does allow you to save up money more quickly. I also had quite some savings which I used, and it was definitely worth it.

About working and money, I decided that I don’t need that much money anymore. I don’t need to buy a new television, gadgets, alcohol and parties. I wasted so much money! Now, I rather spend it on travel. And if you keep your spending at an OK-level, you can travel pretty cheap. Especially to places in Asia or South America.

Self-knowledge and getting out of the comfort zone

This working on my self was really hard. It put me in uncomfortable situations, where I really felt like running away. Which I also did sometimes, but now I got to a point where I’m facing difficulties head-on and staying with them until they dissolve. I’m not running away anymore.

If I feel angry, sad or unhappy, I feel it. I stopped wearing the mask I had, smiling all the time. People always told me I was such a happy person. This was my mask, because I didn’t want to show my real feelings to anyone. Scared of rejection or incomprehension.

Having worked on this allows me to feel so much freer and more self-assured! There’s always more work, but I’m happy with the progress I made in a relative short time.

I’ve felt depths I never felt in my life, but I also experienced new highs that inspire me to live life to the fullest and don’t waste it away on repeat.

Next Sunday, I’ll be traveling to Bali in Indonesia!

I’ll be following a 2-month Dive Master scuba diving course! This will allow me to work my way up to instructor and start teaching other people how to go scuba diving. Maybe even start earning a living with it.

Something completely different than IT, but as I mentioned earlier, it’s new. It’s different, and it might be hard, but it feels good to me.

I can assure you that there’s no better feeling than following what your heart desires.

I hope I have inspired you while writing this. And even if it doesn’t completely match your lifestyle or your desires, a tiny bit of inspiration is already an amazing thing that could mean that you’re taking back the steering wheel of your life.

2 thoughts on “Escaping the Matrix”

You can work directly with me. I offer remote assistance, support and consultancy.